The increased body awareness developed by practicing yoga helped me improve my running form and I developed a more efficient and faster stride.

Jill asked me to share my thoughts on how yoga has helped my running. I was more than happy to oblige. Jill and I have been following each other for a couple of years and it’s been fun to watch her focus evolve to include yoga. I wish her all the best on this new path!

Find out how #yoga can improve your #running. #liveyouryoga #runchat #fitness #sweatpink

I joke that runners can’t live on miles alone.

On my blog, Taking the Long Way Home, I write mostly about running. I’ve been a runner for about 25 years. I also share a lot of yoga on my blog. Over the years, I’ve gotten a lot of questions about how yoga has helped my running. If you think about it, what goes together better than running and yoga? Peanut butter and jelly? Bacon and eggs? Milk and cookies? Hugs and kisses? Fred and Ginger? Yin and yang? Stop me, I’m on a roll…

All joking aside, I can’t really talk about how yoga helped my running without sharing my yoga journey. Initially, I started practicing yoga to help recover from the birth of my oldest son, who is now almost 19 years old. I felt really anxious after he was born–I probably had some post-partum depression–and found that doing yoga in the evenings helped me relax. I started out using a Kathy Smith video for beginners.

I’m not very coordinated and using a basic video like this really helped me slow down and learn the poses, and gave me the confidence to take the next step–attending a live yoga class.

My first ever live yoga class was a park district class. I was too intimidated by the idea of going to a yoga studio. There wasn’t a lot of hands-on instruction and no ambiance–the class was held in a meeting room complete with bright overhead fluorescent lighting–but we learned all the basic poses. After that, I felt more confident and wanted to continue yoga. A friend and I found a pilates studio in a nearby town that also had some yoga classes and signed up for a hatha yoga class.

Hatha yoga, as practiced in the Western world, is simply a series of poses, or asanas that are timed with the breath. Pranayama is the sanskrit word for breath control. By moving on the breath, the poses flow and balance the body. The breath also relaxes the mind.

Learning to control your breathing has huge benefits for runners.

Rhythmic breathing, according to an article in Runners World, can help prevent injury:

“Yoga teaches that controlling your breathing can help you control your body and quiet your mind. When we allow ourselves to become distracted by trying to match our running effort to a pace we’ve defined with numbers on a watch, we break that mind/body connection. We open up a gap where stress and tension can enter. And we create a disturbance in the flow of running that hinders our success and enjoyment. Rhythmic breathing is calming, and awareness of breathing draws your focus toward calm. It allows you to remain as relaxed as possible, quieting any stress in the body that could inhibit performance. And if you should feel a twinge of tension or discomfort, you can mentally “push” it out of the body as you exhale.”– Budd Coates, Claire Kowalchik, Running on Air: Breathing Technique; Runners World

I find myself using yogic breathing while running, especially on a tough run. Focusing on the breath helps bring me back to my run, and I am able to return to a rhythm, both with my breathing and my running. I also use breathing techniques to get rid of a side stitch, which commonly occurs in runners. By exhaling on the opposite side/foot, I can usually chase it away. Followers of my blog know that I struggle with foot issues, especially on my left side. I find that when I’m tired, I come down too hard on that foot. By exhaling on the opposite foot, I can adjust the load and usually rebalance my stride. What’s really great is that after doing yoga all these years, focusing on the breathing and adjusting the breath comes naturally to me.

After practicing Hatha yoga for some time, my friend and I got up the courage to go to a “real” yoga studio. At that time, the only class the studio offered that fit into my schedule was an Ashtanga yoga class. Completely unaware of what was in store for us, my friend and I got on our mats and followed the instructor’s lead. Halfway through the class, we were dripping with sweat and exhausted. This was a very serious, focused, athletic class. On the ride home, my unhappy friend would barely talk to me. I, on the other hand, was ecstatic and hooked.

Ashtanga yoga is a very athletic form of yoga. Like Hatha yoga, the poses and the breath are synchronized. The poses are all familiar to anyone who has done yoga. But that’s where the similarities end. The class begins with a series of sun salutations to warm up the body prior to beginning the practice. Each pose is held for 5 breaths, followed by a vinyasa. Each Ashtanga class is a series of poses that are done in the same order.

While practicing Ashtanga yoga, I developed body awareness as I moved through the poses. Since this practice moves fast, proper technique is key. The increased body awareness helped me with my running form and I developed a more efficient and faster stride. Ashtanga also made me stronger, physically and mentally.

I started to realize that I could do hard things.

My friend dropped out of our class after about 3 months, saying it was “too hard”. I stuck with the Ashtanga practice and reaped the benefits, both on and off the road. I still couldn’t get deeply into a lot of the poses, and my instructor told me that if I gave up running, I develop a much deeper practice. I told him that wasn’t happening! My plan wasn’t to give up running to become a yogi.

My goals were to maintain flexibility and develop strength, which I did.

Unfortunately, after about a year and a half of practicing Ashtanga, the owner of the studio decided he was going to take the studio in a different direction, fired my instructor, and changed the class to an Anusara class. Disappointed, I left the studio and practiced at home, using DVDs. Eventually, a yoga studio opened close to my home and I was able to take classes in vinyasa yoga, which was a great option for me. Vinyasa yoga is very similar to Ashtanga in that there is a vinyasa between each pose or series of poses. But the classes are more free form–there is no predictable sequence of poses. I found that I liked the variety. The class helped me to stay focused and mindful as we moved through the vinyasas. I continued to develop more confidence and strength with this practice. The owner of this studio was also a runner and I ran my very first half marathon with her! Sadly, she eventually sold the studio and it was time to move on again.

The studio where I currently practice was started as an Anusara studio, the very type of yoga that replaced my Ashtanga class. The philosophy of Anusara Yoga is that yoga should be joyful and is a gift that we should celebrate. Anusara means “flowing with grace” and “following your heart”. The classes incorporate aspects of all the branches of yoga I’ve done in the past. These classes are fun and have brought a playfulness to my yoga practice as well as my running. Anusara yoga has helped me learn not to take myself so seriously, both in the studio and on the road.

These classes are always different and no matter what we do in the studio, I take to my mat with a grateful heart.

Throughout my yoga journey, I’ve developed strength, flexibility, body awareness, mindfulness, and a sense of calm. I’ve also learned how to use the breath to help me hold a challenging pose as well as push me through a tough run. Yoga has helped me work through injuries, particularly those pesky overuse injuries. But best of all, yoga has taught me to have fun and yes, to find joy in the journey. Both on and off the road. 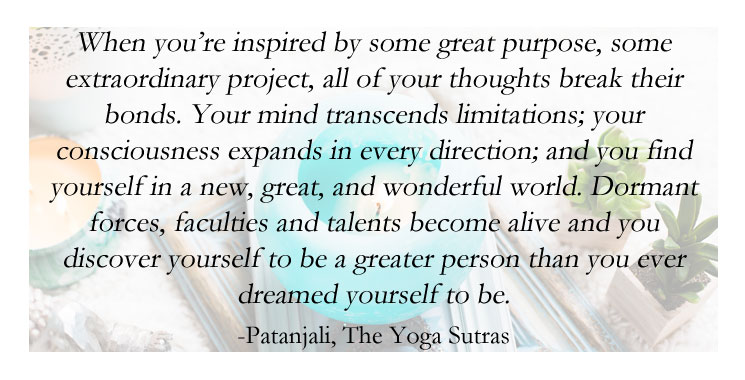 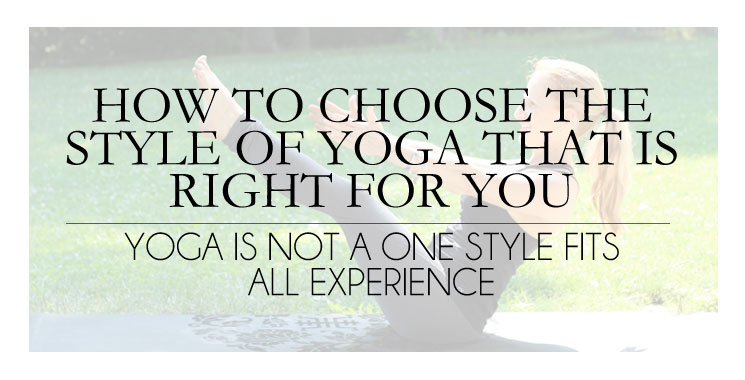 Thank you to Beth, Jess and Wendy for joining me in the celebration!

WHEN DO YOU START TO REALIZE “I CAN DO HARD THINGS”? WHAT IS YOUR FITNESS PERFECT PAIR?

Wendy is a yogi runner and the voice behind Taking the Long Way Home and a pediatric nurse practitioner who seeks the solitude of running alone after a long day.

About a month ago I went to the doctor for the recurring discomfort in my right shin. His recommendation? Working with a trainer and getting a running/movement assessment done. The assessment was not only looking at running form but also form with a variety of functional movements. The assessment is designed to help identify imbalances,…

Another wonderful week of running and yoga! Still going strong with #30daysofyoga with Yoga with Adriene and yesterday I tried a new yoga studio that just may be THE studio I’ve been looking for. I love my home gym and I haven’t been to a gym/studio in years so not only was the class amazing it was fun…

Please use the new Fitness Friday button for your posts and/or sidebar. The old button will link to the blog that I will deactivate in January. Thank you! Edited to add: I apologize to those that are having trouble with the posting the FF button. This code has worked for some <a href=”http://jillconyers.com/“><img src=”http://jillconyers.com/wp-content/uploads/2011/12/FitnessFridayRev3.jpg” alt=”” border=”0″…

Finding a balance in life. Disclaimer: this post was sponsored by B​OSU​ but all opinions expressed are my own. I truly appreciate all of the brands that support the F​it Approach​ (Sweat Pink) community. FITNESS Tomorrow starts week 4, the last week, of #BOSUStrong. Week 4, SHOW US YOUR #BOSUSTRONG! (10/5 – 10/9): (Make sure you tag @Bosu_Fitness on…

Life's challenges are not supposed to paralyze you, they're supposed to help you discover who you are. Bernice Johnson Reagon First, thank you for the emails and messages when I first mentioned xrays and an MRI. In the past week I went from an xray at this appt to an MRI at this appt to this…