An invitation to family and friends.

You’re all invited to my house for a movie night!

Movies that inspire [cue the Rocky theme song]. Wait, not that kind of movie.

When I think about movies that have inspired me or even going as far as saying movies that were life changing it’s not fitness that comes to mind. It’s food. It’s nutrition, health care and a plant based diet.

In late 2011 and early 2012 I watched 3 movies and I never looked at nutrition, food, health care and the food industry the same way again.

How did the movies change my life?

This powerful film changed the way millions of Americans eat.

An inspiring film that chronicles Joe Cross’ personal mission to regain his health. 100 pounds overweight, loaded up on steroids and suffering from a debilitating autoimmune disease, Joe is at the end of his rope and the end of his hope. In the mirror he saw a 310lb man whose gut was bigger than a beach ball and a path laid out before him that wouldn’t end well— with one foot already in the grave, the other wasn’t far behind.

A thought provoking movie that examines the profound claim that most, if not all, of the degenerative diseases that afflict us can be controlled, or even reversed, by rejecting our present menu of animal-based and processed foods.

Everyone should watch these movies!

Not so much to become a vegetarian, or take on any other label for that matter, but to be informed and to be open to the possibility that your current way of thinking may be challenged.

I would love to chat:

The inspirational documentary about Dean Karnazes’, UltraMarathon Man, quest to run 50 marathons in 50 States in 50 Days.

Jill is a wife, mom of 2, Psychologist, E-RYT 200, YACEP and CPT sharing a vision of healthy living to empower you to live a life of fitness, health and happiness and achieve your healthiest and happiest self. Jill believes in a balanced approach to wellness and is passionate about helping women love and care for their bodies in the midst of busy lives.

Access to a collection of yoga & wellness resources to better live your journey:

Views expressed on this website are based on my personal research and experiences. Please consult your doctor with any medical issues, or before beginning a training program. 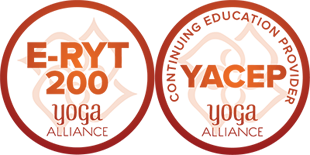 This site uses cookies to personalize content, to provide social media features, and to analyze my traffic. I also share information about your use of the site with select social media and analytics partners who may combine it with other information that you’ve provided to them or that they’ve collected from your use of their services. You consent to my cookies if you continue to use my website. Accept Privacy Policy
Privacy Policy
Necessary Always Enabled