Have you ever planned to go to an event that you thought, “ok, this will be fun” and “why not, it’s something different to do” and it turned out to be an unforgettable experience? That’s how it turned out when my daughter and I  joined Lululemon at the Great American Ball Park for #runOMcincy. Unforgettable!

You could feel the energy as we approached the stadium. The weather was perfect and the people were friendly. The instructors were awesome!There was one instructor in particular that stepped up the energy and pace. She was my favorite! We also participated in setting the world record for the number of people doing simultaneous headstands. So cool.

Most importantly it was an experience I shared with my daughter.

I was surprised when Alyssa said she wanted to go. In the back of my mind I thought she would probably have a sleepover on Friday night, stay up late and not want to get up extra early on Saturday morning. And that would have been okay. What actually happened, no sleepover (that is unheard of!) and she was up on her own in time to leave. And, despite the early hour and not being a morning person, she was in a good mood.

Practicing yoga is the one time I’m about 99.9% guaranteed to be in the moment. To be totally present. And it amazed me how this could be accomplished even in a stadium surrounded by 2600 total strangers. There were times when there was total silence. I loved that feeling! Before we started we were told to take pictures now and then put away your cell phones. Shock! What? No photos? Best. Advice. Ever. 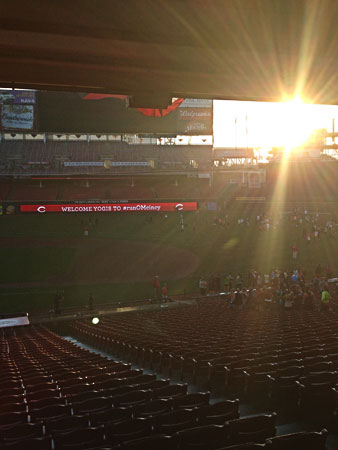 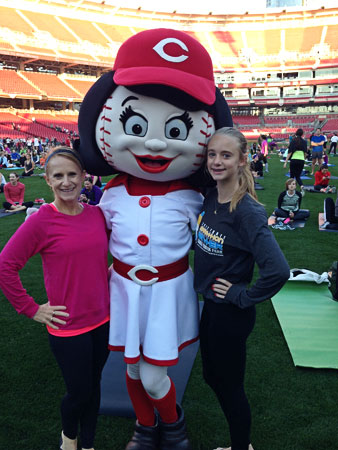 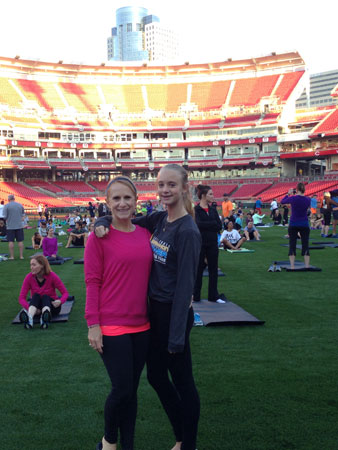 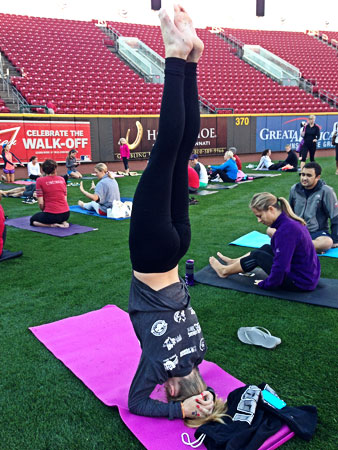 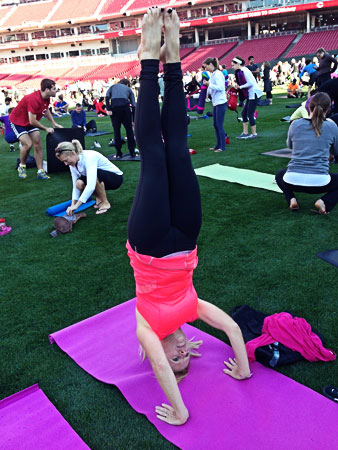 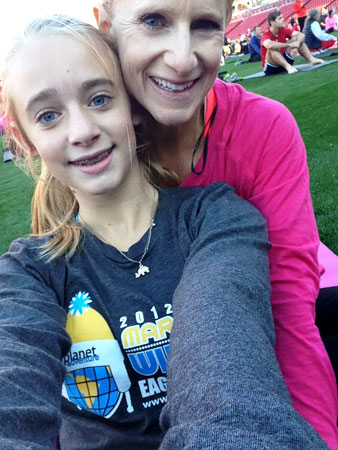 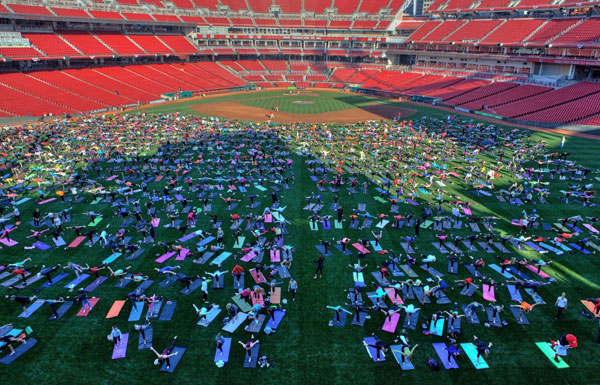 What is your most recent unforgettable experience? What would you describe as epic?

be the best version of YOU,

With the new year often comes resolutions and goals. One of my personal health/fitness goals is to complete theP90X2 90-Day Challenge [at least once]. This week I’m pinning strength training motivation, tips and information. Is strength training part of your fitness routine? The 5 Best Strength Training Machines for Women. Reality check. Resistance bands. An…

From my family to yours, Chad, Jill, Alec and Alyssa I’m sharing holiday wishes with fitfam and friends at Thinking Out Loud.

1. With me working late, Alec’s robotics build session and my daughter’s tumbling class my husband and I decided we would celebrate Valentine’s Day this weekend. On Tuesday, not expecting anything different I found these in my refrigerator, a variety of chocolate covered strawberries from Shari’s Berries. I ate one for breakfast 🙂 2. Can I…

3 Months Gluten Free Update This post is sponsored by Popchips. I was provided Popchips’ products in exchange for my honest review. Next week marks 3 months gluten free. I’ve been asked whether or not I’ve followed up yet with my doctor and what I found out about being on a gluten free diet and…